Going through some things, I found this today, just over a week after the Moore tornado, May 20, 2013. I think it's fitting to publish it again. I originally wrote this in May 1999 for The Marlow Review. I was the first reporter to interview Tram's husband. It was a humbling experience. So this one is for the memory of all those who have lost their lives to the destructive force of a tornado. Never forgotten. A yellow bow for Tram By Toni Hopper A closed sign hangs on the door. A yellow bow on the doorknob. And beneath the bow sits a broken gray cinder block which serves as a temporary vase for yellow and red roses and a single orange carnation. This is the scene which greets passersby on South Highway 81 in Marlow. Many stop at the Golden Palace Restaurant, hoping that the rumors are false, only to find out different. Tram Bui, 26, the daughter of an American soldier and Vietnamese mother, has been serving Chinese food to Marlow residents for about the past four months. The young mother of two children is the last listed missing victim of the Monday, May 3 (1999) terrible twister that tore through central Oklahoma. Everyone in town who met Tram instantly liked her. After all, she always had a smile for everyone. Those people, as well as others who did not have the opportunity to meet her, share the pain of her husband, Thanh. He says she was a workaholic. "She loved to work ... 24 hours a day, seven days a week." Thanh, as well as his aunt, Nguyen Orosco, are holding onto the hope that maybe Tram is still only missing, possibly hit on the head by debris, and confused. But the looks in their eyes this past Sunday says something different. They know that she is gone. Thanh knows exactly where they were when they realized they were in danger - I-35 and South Shields Blvd. He describes the moment. "We went to an underpass. About 7 to 10 people were with us underneath there. I laid down on top of the children. It came, and then people were swept away and found about half-mile away. My wife is still missing." It was the first encounter the Buis'had ever had with a tornado. And the last he hopes. "It was an F5. The worst tornado." Nguyen arrived this past weekend in town from Arkansas to help her nephew. She says Tram was like a daughter to her. Trying to be strong for the children and her nephew is taking its toll on her. She says her nephew has lost his mind over this. They had to contact Tram's family in Vietnam. Thanh is worried they may think it is his fault that they no longer have a daughter. He has been saving newspaper clippings to prove the devastation of the tornado. "I did the best I could," Thanh says. The children, a girl, Kieu, 5, and boy, Tuan, almost 3, are young enough to only know they miss their mother. The Bui family moved to Marlow four months ago in hopes of living the All-American dream, never expecting to have their dream shattered like so many other Americans. Thanh says that up until the tornado they had been extremely busy and were glad to be in Marlow. "This is a good place to be. I can get my thoughts straight." He asks for everyone to pray for the return or recovery of his wife. All he can say is he needs to be with his grief. His pain extends to all the community as they wait for word of Tram. At this point, he does not know whether he will stay in Marlow. His family's future is uncertain. In daily reports up until this week, Tram has been listed as from Seminole. Thanh explains that is where they had lived until moving to Marlow. "It is listed on her driver's license. I gave it to American Red Cross," he said. He wants to go help search but knows that staying at the restaurant that also serves as their home is the best option. "They are searching, hand in hand for her." He knows the call will come and is just trying to prepare himself for it. *Tram Bui, April 16, 1973 - missing as of May 3, 1999. Final note: Upon releasing the photo Thanh supplied me for the paper, numerous news outlets helped circulate it and Tram was finally found. Rest in Peace. One of the lessons learned in that storm was to not take shelter under those overpasses. Thanh had opened the door for me because my family and I had been frequent customers. On that quiet Sunday morning, knocking on the back door of the restaurant was not something I planned to do. I had stopped to take a photo of the flowers outside, knowing that Tram was missing and probably dead. I don't know what made me knock and I didn't originally give reason to do a story. But Thanh needed to share his grief and story. I am glad that I could help him get word out and to help bring closure.
Posted by Toni at 12:37 AM

Check out my blurb store!

Food Journal
By Photography by To...

Riding The Chi...
By Collector's Editi...

Book Preview
Click on my book to visit the site.

Morning Ride in black and white

Click the photo to purchase fine art images from the Chisholm Trail cattle drive Oklahoma Centennial. It is available as a full color image or black and white.

A peek at who I am

Toni
I like the rain and I like the fog. The smell of fresh fruit is delightful. Flowers or candy? Flowers!! wild ones, mixed bouquets, doesn't have to be fancy. Water choices these days: Iceland and SmartWater. I actually like being a grandma, yet I don't feel "grandma" age, go figure! Last time I checked, I think I was holding at 30, yes, 30 not 29! My husband IS my best friend. My kids keep me laughing. My grandchildren are a joy. My sister is my best friend. (Who says you can only have 1?!) Now for the stuff you'd expect: Photographer. Writer. Adventurer. Creative. Fun.

For SALE! All my art photographs that you see on my blog are available for purchase. 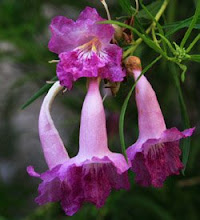